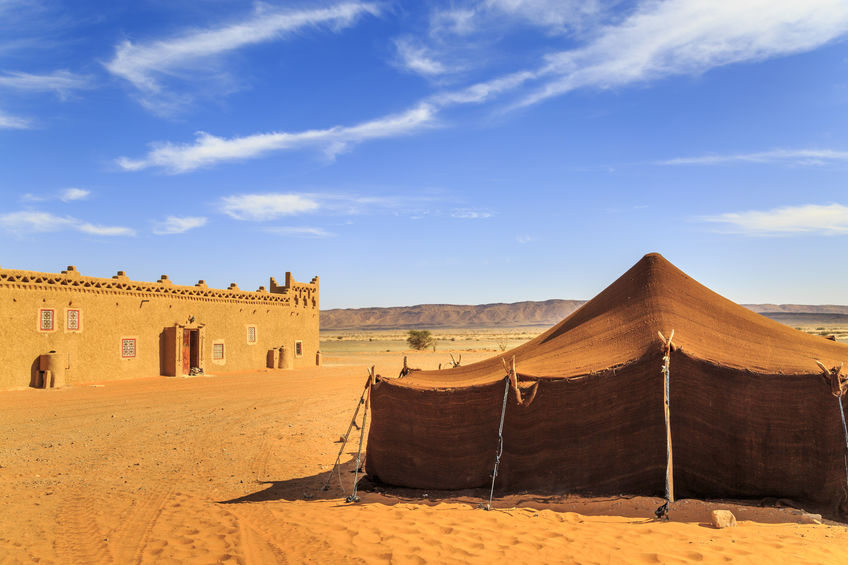 It always starts with a decision. A choice. It may look like a mouse click. A purchase. The hesitation of a channel change. A phone call made. No matter what it looks like, you know it when it comes. We all do. It is the moment we make the slightest compromise, and before we know it, a slight movement initiates a chain of events that is all too familiar. The moment when temptation becomes more. In my opinion there are at least three places in scripture where we can see this pattern repeated, and although each of these instances are separated from us by large spans of history, they are all too familiar. Change some names, adjust the context slightly, and it might as well be my own story being told. We see this first in Genesis 3 when Eve is tempted by the serpent. Then we see this again in Genesis 13 with Lot, Abram’s (not yet Abraham at this point) nephew. Finally, this issue is addressed by James in the New Testament. I understand that these are far from the only examples, but what I do see in these is a consistency that I think we don’t speak about often enough: how we tend to initiate our own destruction by embracing temptation.

Lot is an interesting character in the story of scripture. We first learn of him in Genesis 11 and as we read through Genesis, we find that he is along for the ride as God leads his uncle Abram into what will be known as the promised land. After a few encounters and a number of years, Abram and Lot become very wealthy. So wealthy that their servants and livestock are unable to coexist peacefully in the same area (Gen 13:7). This leads to a point where Abram decides it is better that their two households separate rather than continue in strife. Abram tells Lot to pick whatever land he wants to inhabit and Abram will go the opposite direction. That simple. No big deal, right? The passage picks up saying,

And Lot lifted up his eyes and saw that the Jordan Valley was well watered everywhere like the garden of the Lord, like the land of Egypt, in the direction of Zoar. (This was before the Lord destroyed Sodom and Gomorrah.) So Lot chose for himself all the Jordan Valley, and Lot journeyed east. Thus they separated from each other. Abram settled in the land of Canaan, while Lot settled among the cities of the valley and moved his tent as far as Sodom. Now the men of Sodom were wicked, great sinners against the Lord. Genesis 13:10-13 (ESV)

If we pay attention, we will notice a familiar progression. First, we are told how Lot notices the goodness of the Jordan Valley and how desirable it is, but this is encased in references to Sodom and Gomorrah. Ok, we all know where this is going, so what of it? Well, when we see how the author links the choice of Lot to the region, it is not in reference to the fertility of the land, but to the implications behind living in the area. This is confirmed when we read the final line and see that Lot does not just settle in the area of the infamous cities, but he “moved his tent as far as Sodom.” And in the very next verse, the author gives us a little insight, telling us of the city’s infamy.

The point of all this, is that we see here a clear example of what we all often put ourselves through when we are exposed to temptation. We see the allure of something, but while we are aware of the dangers and potential for sin, we allow ourselves to become convinced it is a reasonable move. Like Lot, we appeal to the positives, overlook the negatives, and next thing you know we are setting up camp right next door. Except like Lot, we often don’t stop there. We end up not next door, but inside the city gates (see Gen 18:22-19:1 - notice Abraham pleads for those within the city). What starts as setting up camp nearby develops into having a house in close enough proximity that he needs to be saved from the city’s destruction.

What we see in this example is a pattern that is often replicated in our own interaction with temptation. We often encounter it, see the appeal, and from a safe distance, we think we can handle ourselves well. We assess the situation, and start to tell ourselves things that pacify any concerns that it will actually become sin. Things like, “I know my limits,” or “I don’t struggle with that,” or my personal favorite, “I know when to stop.” If we were really honest with ourselves, we would realize that by the time we are telling ourselves these things, we are likely already too far in. Like Lot, we convince ourselves that nothing bad will come from being outside the city, I mean, we could always just move our camp. The sad thing is that when we do move our camp, it is often in the wrong direction. One compromise becomes another, and the next thing you know, we realize we are too far in, and the repercussions are coming.

The story of Lot and results of his choices are a sample in time of our shared condition. Lot made a small, seemingly harmless choice to set up camp “as far as Sodom” and it had massive consequences. We see his family captured as part of the city’s rebellion (Gen 14), the compromise of his daughters (in numerous ways found in Gen 19) and the death of his wife (Gen 19:26). Every time I read this, I have to ask: ”What am I setting up camp outside of?" and “Where might it take me?” “What small compromises am I making now that are going to lead down a road I don’t want to travel?” These are good questions for us to consider. Wise ones. As we do, let us think about how easily we forget the wisdom of James when he says,

“…But each person is tempted when he is lured and enticed by his own desire. Then desire when it has conceived gives birth to sin, and sin when it is fully grown brings forth death.”  James 1:13-14 (ESV)

We can easily follow James’ progression in Genesis 3, as Eve starts by seeing, “...that the tree was good for food, and that it was a delight to the eyes, and that the tree was to be desired to make one wise...” (Gen 3:6). It always starts with a small thing. A very small moment in time when we entertain our own destruction. Our own desires are the problem. They were for Eve. They were for Lot. They are for us. What are you setting up camp next to? What compromises are you making that will lead to sin?

You don’t have to settle with the choices you have already made. Just as the scripture uncovers how easily we can compromise, it also shows that we have One who has rescued us from our evil desires. We have been rescued from the punishment of our sin, but don’t forget, we have also been rescued from the life of sin! In Romans we learn,

What shall we say then? Are we to continue in sin that grace may abound? By no means! How can we who died to sin still live in it? Do you not know that all of us who have been baptized into Christ Jesus were baptized into his death? We were buried therefore with him by baptism into death, in order that, just as Christ was raised from the dead by the glory of the Father, we too might walk in newness of life. Romans 6:1-4 (ESV)

You see, even though our desires are the problem, we have been released from their power to walk in newness of life! We don’t have to make the compromises any longer! We are free to no longer continue in sin! In our union with Christ we are free to walk in newness of life. Free to recognize when we are tempted and resist by faith. Yes, and our resistance is in faith that the pleasure we perceive in our temptation has no comparison to the pleasure of knowing Jesus. So, ask yourself where have you set up camp and know that you are not bound to that place. You are free to leave it now! Yes, now! Thank the Lord! We are free. 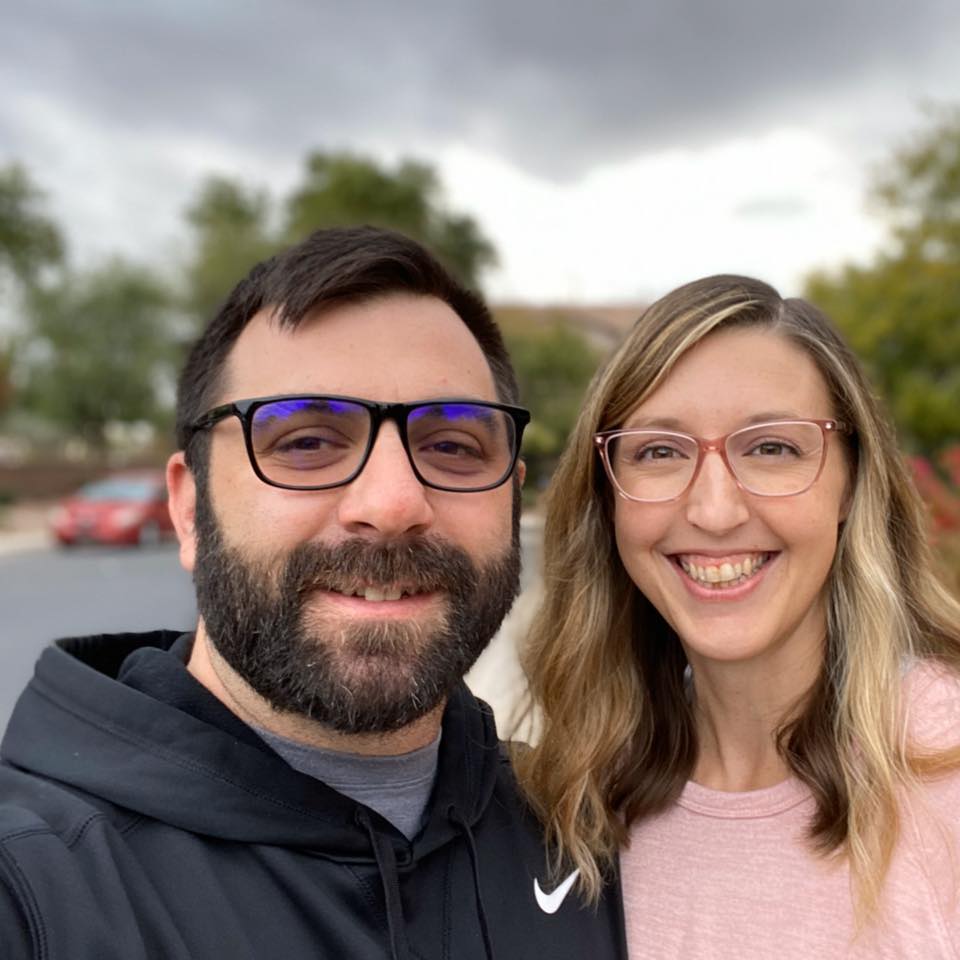 Jeff Palen is a member and Small Group leader at Center Church who is also on staff part time doing an internship with the Junior High Ministry. He is married to Barb and together they have 4 wonderful children and live in Queen Creek.

Thank you, Jeff...this is SO good, and I am learning so much.. and it is so relevant to today!